With the holiday season underway an overload of holiday and/or family movies are  gonna flood our screens and remind us of the importance of family, and the greater  reminder of why we only see them once a year in the first place. Nothing jogs this feeling  more than when I re-watched the black cinematic classic, Soul Food (not the BET  version), something about watching it as a 30 year old single woman hits different. 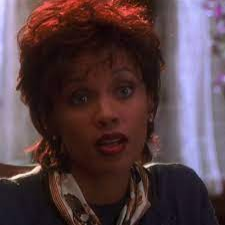 Every member of the Joseph family was on some b**llsh**t BUT TERI. We want to  believe Ahmad Joseph, played by Brandon Hammond, was the hero because he went  through the trouble of gallivanting through the cold Chicago weather to bribe black folks with money and Sunday dinner (like that was so hard) in the name of bringing the family  together again for Big Momma but we were wrong.

The real hero of the movie was Teri Joseph, played by the incomparable Vanessa Williams. There are countless examples in the film where the Joseph family would’ve crumbled if it weren’t for Teri.

She paid her mother’s mortgage and hospital bills. She left her little sister’s (Maxine  played by Vivica A. Fox) a** untapped for stealing her boyfriend when they were young  whilst still being ridiculed for being twice marriage and a sketchy cornbread recipe. I  don’t condone violence but Faith was the last member of the Joseph clan to screw her over. She had it coming. 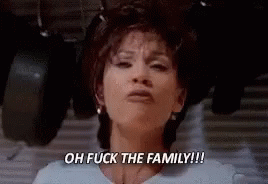 There were almost no moments in the movie where anyone asked Teri how she was  feeling or dealing or managing her emotions while taking care of her sick mother.  Later in the movie, Teri is betrayed by her husband Myles and homeless cousin Faith when they sleep together after a random dance audition. The family finds this out and  Maxine subsequently presses Myles to stay for a high caloric Sunday dinner, failing to  consider her sister may still be processing the destruction of another marriage.

If we haven’t concluded already it’s safe to say : Maxine was the antagonist!!! Had this movie been set in 2021, it would’ve been a short film ending with Teri leaving  the vaccination clinic on her way to catch a first class flight to Bali on an Eat Pray Love  tour away from her dysfunctional family for the holidays. Instead, Teri demonstrated  strength, fortitude and gave us an infamous line that has context but needs no explanation  “The family fucked my husband!”. It’s not Black History Month, but d****t we honor  Teri. Give her her flowers.

One thought on “‘Soul Food’ is a Classic Movie, But We Got Some Things Wrong About Teri”